Making steel strong – the inside story

Steel consists mainly of the element Iron (Fe). In its molten or liquid state, at temperatures above 1,500 degrees Celsius, the iron atoms are able to move freely. As the liquid metal cools the movement of the iron atoms slows down. They start to pack closely together in a regular arrangement to form crystals.

These crystals start in many different places in the melt and then grow until they meet other crystals growing in different directions. The resulting solid steel has a polycrystalline structure. The areas where the crystals meet each other are known as grain boundaries. These grains are very small and usually only visible under a microscope.

The transformation of iron crystals between austenite and ferrite becomes vital when we add carbon atoms to create a strong steel. At high temperatures, austenite allows the carbon atoms to fit easily into some of the spaces between the iron atoms. But after cooling and changing into ferrite the spaces between the iron atoms are smaller. If we quench a hot steel, which means cooling it very quickly, the carbon atoms become trapped in the ferrite structure. This forces the creation of a distorted crystal structure known as martensite.

Martensite is very hard and is the key reason why steel can be made so strong.

Why dislocations are important

At the atomic level, no crystal has a perfectly structure. Instead, we find extra half-planes of atoms that create dislocations. They create fault lines in the crystal structure. And when the steel is under stress the dislocations can move easily through the atomic structure, resulting in plastic deformation.

Plastic deformation makes steel versatile and useful. But to make steel extra strong we need to block the movement of dislocations. There are several ways we can do this.

This is how steel becomes strong by a precise control of a number of critical factors, involving cooling, microstructure and chemical position.

Ovako works constantly to improve the properties of advanced engineering steel in order to provide lighter and greener solutions to our customers.

Comprehensive technical support from Ovako draws on our knowledge and experience in a wide range of applications and production method. 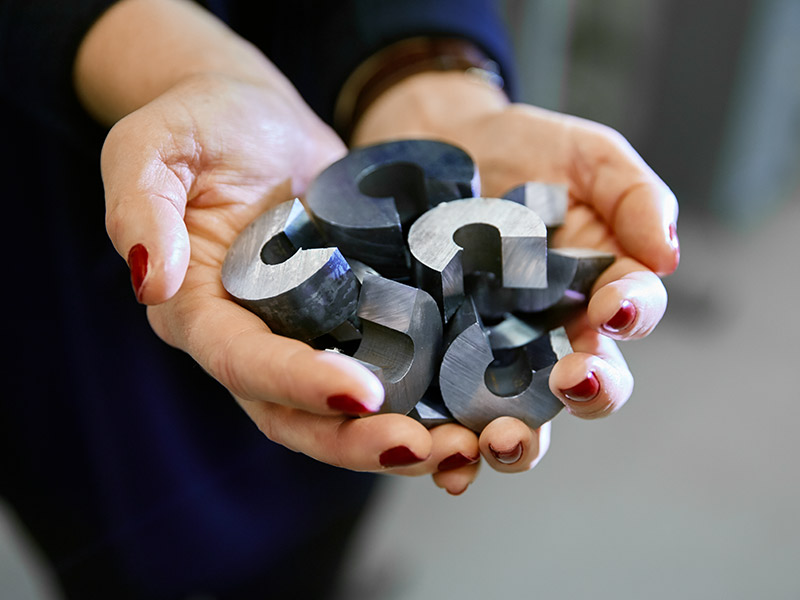 Ovako can provide a comprehensive material analysis for establishing cleanness levels of steels to support a shorter lead time for components and system development projects.