The forerunners of Ovako were founded almost 500 years ago, when iron-making began in Hofors, after steel had been made in that region at least 1 500 years before that. This was followed by Hällefors in the 17th century, in Boxholm in the 18th century, and with steel-rolling in Smedjebacken in 1856. Steel production in Imatra started in 1915.

During the 20th century, the business has been transformed several times, resulting in the privately owned Ovako of today.

In 1916, SKF purchased Hofors Bruk and became owner of Hellefors Bruk in 1958. An iron mill was founded in Imatra, Finland, in 1935. Steel production escalated and developed at the Imatra steel works through the industrial war reparation effort.

From the beginning of the 1960’s, the forerunners of Ovako gradually redirected their focus from commercial steel to special steel products. The development required investments in research, product development and quality control. 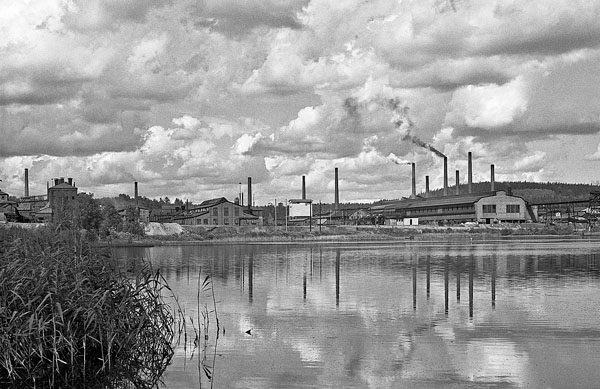 The works in Smedjebacken, Hofors and Imatra became significant deliverers of steel for the automotive and engineering industries. In 1969, the Finnish companies Oy Vuoksenniska Ab and Oy Fiskars Ab combined their steel production in a new company, Ovako, of which Wärtsilä became co-owner in 1972.

In 1991, Fundia was bought by Rautaruukki Oy and the Norweigan Norsk Jern Holding A/S. In 1996 Fundia became a wholly owned subsidary of Rautaruukki Oy. In 1991 SKF became the sole owner of Ovako Steel, while the Imatra operations went on as Imatra Steel.

In May 2005, Ovako was established by merging Fundia, Ovako Steel and Imatra Steel. The company was jointly owned by Rautaruukki, SKF and Wärtsilä, combining their long steel businesses. The next year, Ovako was sold to Pampus Industrie Beteiligungen and a Dutch group of investors:  Hombergh Holdings BV shareholders and WP de Pundert Ventures BV. In 2007, Pampus Stahlbeteiligungs acquired sole ownership of Ovako. Pampus Stahlbeteiligungs was owned by Werner Pampus and his family.

In March 2019, Sanyo Special Steel, a global market and technology leader in high-quality special steel, and a member of Nippon Steel Corporation group, a leading steel producer in the world, acquired Ovako.

These production flows result in a broad customer offering, enabling Ovako to provide solutions to its customers from a broad range of industries, based on several different needs.

A world of Steel

Ovako is one of the largest recyclers of steel scrap in the Nordics and is engaged in responsible business across the entire supply chain.

A leading European manufacturer of engineering steel for customers in the bearing, transportation and manufacturing industries.